The Manitoba Home Builders’ Association celebrated its 85th anniversary in 2022, marking a milestone for the MHBA and the industry it represents. As the first provincial association of its kind, the MHBA has helped shape the landscape of residential construction in Manitoba and even Canada.

Its forward-thinking ways can be attributed to a long line of what past-president Mike Moore calls visionaries — leaders who have worked hard to bring the association to where it is now. “When I started, I had the pleasure of working with visionaries who were ahead of their time,” says Moore. “It’s gratifying to see the next generation of builders taking over and not missing a beat.”

In his nearly 10 years as president of the MHBA, Moore experienced many proud moments. At the top of his list is the growth of the Parade of Homes, which he says is the biggest and best in all of Canada. With 100 to 120 homes featured in the biannual event, Manitoba’s Parade of Homes has tens of thousands of people walking through its show home doors.

Moore says the MHBA was also the first homebuilders’ association — and, at the time, the only one in Canada — to develop a Certificate of Recognition (COR®) program and safety certify its members.

The national RenoMark™ program, which sets standards for professional renovators, was brought to Manitoba during Moore’s tenure as well.

Seeing the MHBA’s first female chair, Glenda Sobie of Ventura Homes, take over the position in 2013 was another highlight. Moore has since passed the baton to current MHBA president Lanny McInnes, who has experienced his own share of highs and lows— some at the same time.

The COVID-19 pandemic was an unexpected hurdle the industry had to adjust to, changing its onsite building practices and managing supply chain issues.

“Even though it presented challenges, it presented opportunities,” says McInnes. Virtual events made it easier for members, especially those outside of Winnipeg, to participate. It also allowed the MHBA to promote its members in a different way, such as by sharing its virtual awards ceremonies with the public.

Moving out of the pandemic and looking to the future, McInnes says working with the government to grow local communities is a priority. The MHBA is a key stakeholder in several development plans, like Plan20-50 and OurWinnipeg 2045.

“Our goal, each and every day, is to provide value to our members,” McInnes says, “to help them make their businesses better and to help make our communities better. That goal has been the focus of the association since it was created over 85 years ago, and it’s a goal we continue to strive for.” 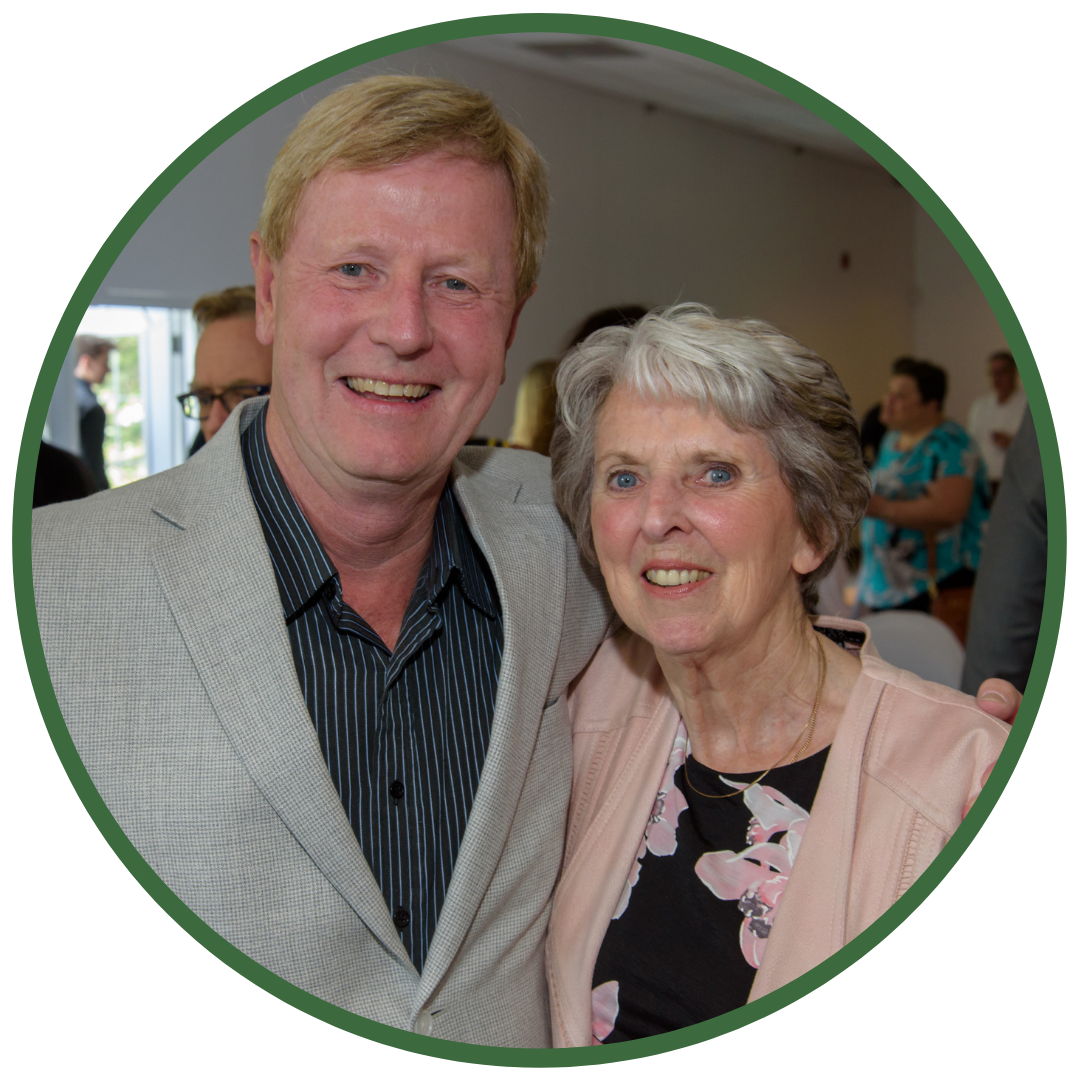 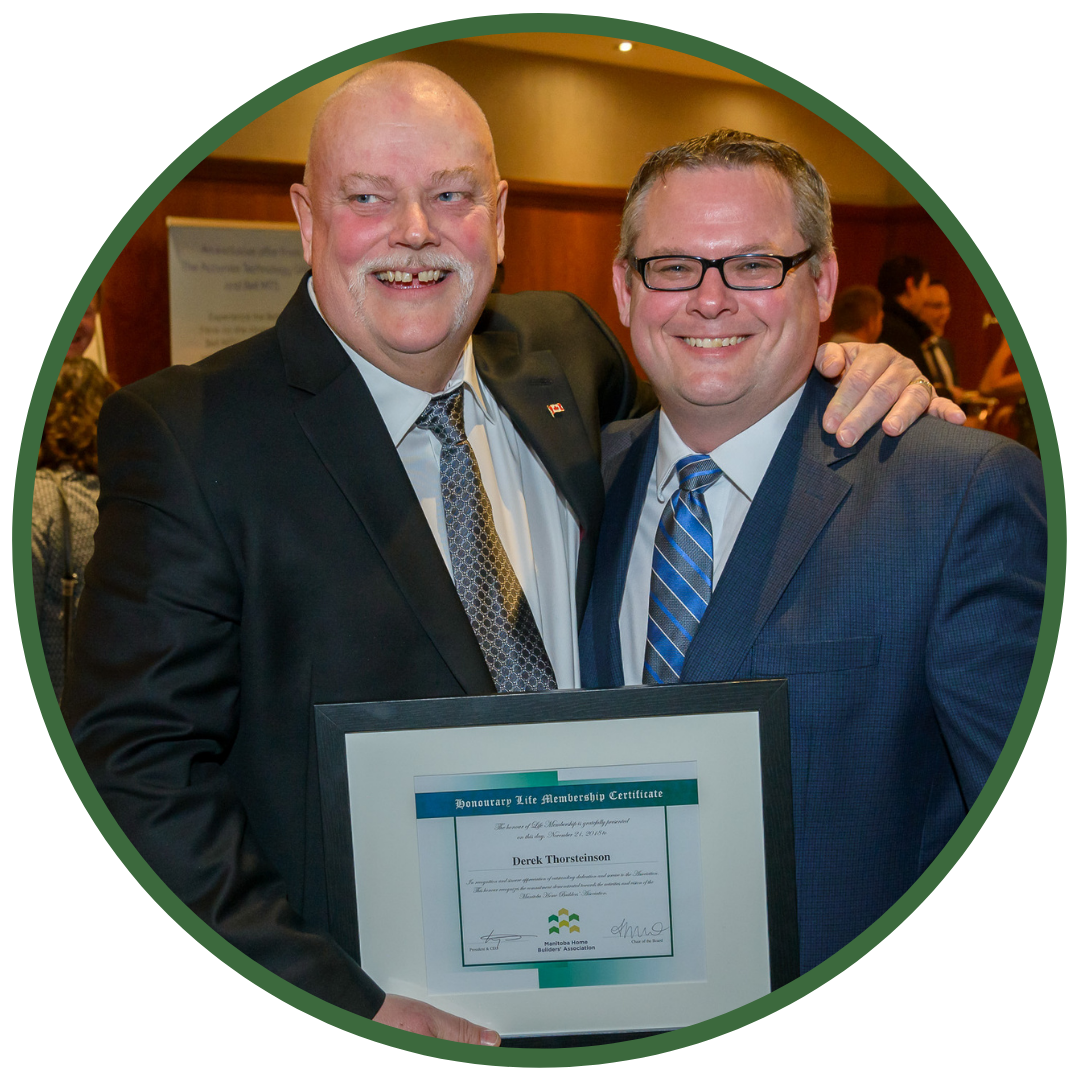 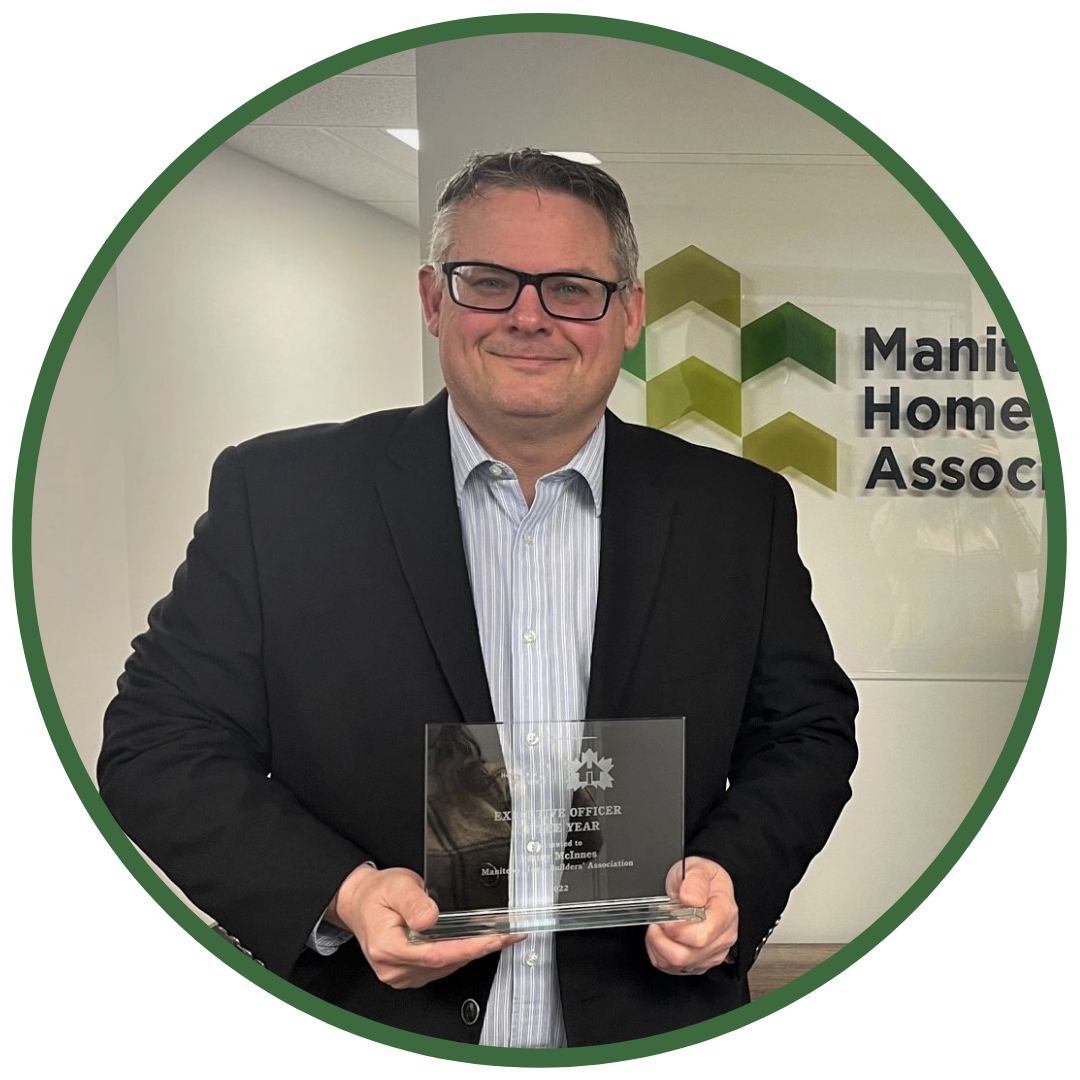 The MHBA released a commemorative anniversary magazine on July 2nd in which celebrated the long history of the association.

We encourage you to take a look by clicking the button below. 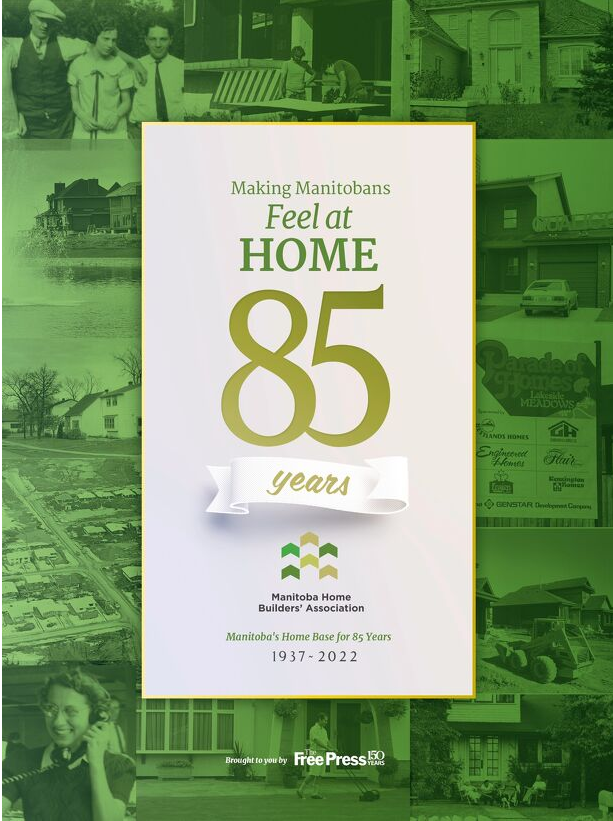 In 1937, six visionaries started a legacy. Frank Lount, Henry Borg­er, Walter Senicki, Henry Pehrson, Frank Mager and A. W. Hagg gathered around the table and formally created what is now known as the Manitoba Home Builders Association . Over the years, we have changed our name, changed our logo, changed our loca­tion and changed our membership but the mission and purpose remain the same.

The MHBA always has been and al­ways will be the voice of the residen­tial construction industry in Manito­ba. It will always provide a forum for ongoing education for its members. It will always endeavour to create an environment in which our members can operate their businesses suc­cessfully. We will always promote af­fordability and choice in housing for all Manitobans.